Angie Silvers received the Excellence in Healthcare award at The Central New York’s Business Journal’s “Excellence in Healthcare” awards dinner on October 26, 2017. Nurse Connection Staffing has been blessed with Angie’s hard work and dedication since February 2016. Because of her commitment and ability to build strong relationships in the nursing community, Nurse Connection Staffing has been able to excel and grow with her leadership and dedication to customer service.

In 2001 Angie started her career in healthcare as a CNA at James Square. After watching one of her close friends go through a three-month struggle with cancer, Angie knew she wanted to take care of others and help the elderly in the final stages of their life.

In 2004, management at James Square recognized her special talents and transitioned her career into staffing where she spent the next 11 years as Senior Staffing Coordinator where she oversaw staffing for 500 plus employees as well as oversaw aspects of Payroll and HR. In her tenure with James Square, Angie became well known as the “WINGS” for the James Square community (including staff and residents) who considered her their “Angel” as she always looked out for her employees and resident’s best interests. 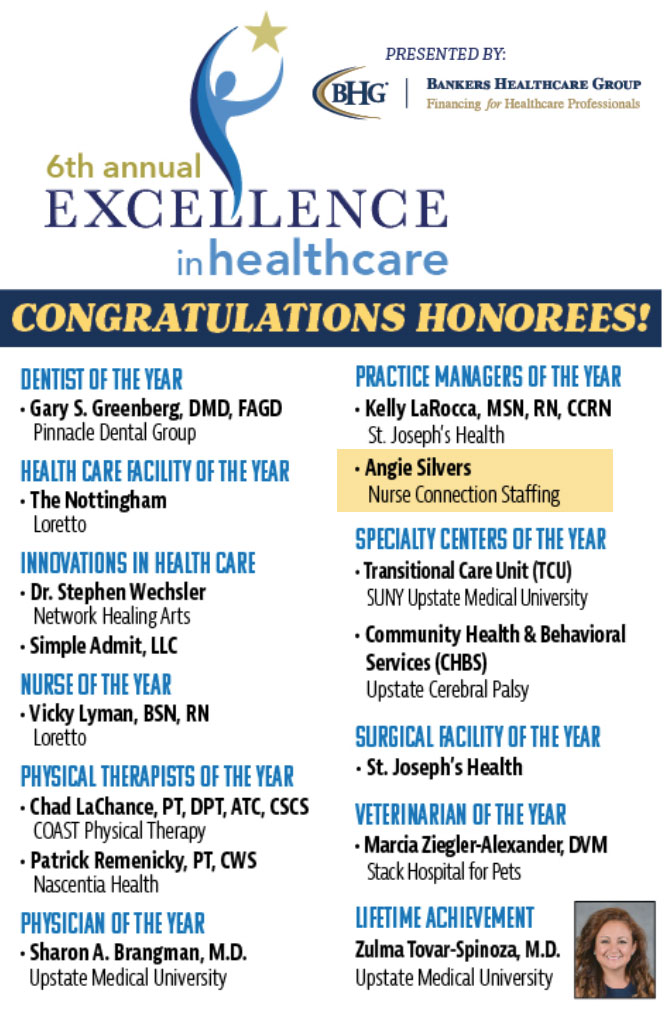 Learn More
Page load link
We use cookies to optimize and improve our site, measure the effectiveness of our campaigns and analyze traffic. To learn more about cookies, view our Cookie Policy. Ok
Go to Top